Brian Tierney is a serial entrepreneur who has built and sold three advertising and communications firms to publicly traded companies; purchased and ran a major metropolitan newspaper; and launched a fourth agency that specializes in digital marketing, strategic communications and crisis management.

A sought-after advisor to Fortune 500 chief executives, Mr. Tierney has appeared on CBS, ABC, PBS, CNN, MSNBC, Fox News and the BBC. He has written for USA Today and has been widely quoted in international publications including The New York Times, Fortune and Forbes. His firms have represented scores of major companies including Comcast, Verizon, Deloitte, Commerce Bank, Exelon, Marriott, IBM, Uber and the University of Chicago. Mr. Tierney’s firms have played an important role in managing communications, logistics and media relations for major events, including the 2015 Papal visit to Philadelphia, the 2016 Democratic National Convention and the 2018 World Meeting of Families and Papal visits to Dublin.

Mr. Tierney is currently the CEO of Brian Communications and Chairman of Realtime Media. Previously, he was the owner and publisher of The Philadelphia Inquirer, the Daily News and Philly.com, where he improved content, circulation and national advertising. During his tenure as publisher, the paper won a Pulitzer Prize for investigative reporting.

Mr. Tierney serves on several public and private boards including Republic Bank [NASDAQ:FRBK], The Graham Company, (a 100% employee-owned company through an ESOP Trust)  and is the current Chairman of the Poynter Institute Foundation. Poynter provides training to more than 100,000 journalists a year from more than 90 countries and is the owner of PolitiFact. He has also served on the boards of the Kimmel Center for the Performing Arts, Thomas Jefferson University, and University of Pennsylvania Museum. Previously, he served on the board of NutriSystem [NASDAQ: NTRI] for 16 years before it was sold to Tivity Health [NASDAQ: TVTY]. In addition, he held the title of Entrepreneur in Residence at the Wharton School of the University of Pennsylvania.

Mr. Tierney graduated from the University of Pennsylvania and received a law degree from Widener University. 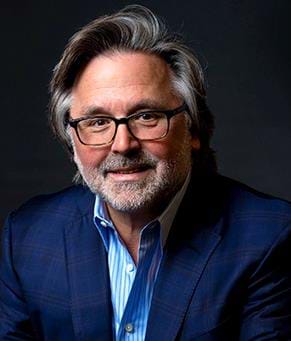